Letzigrund Stadium in Zurich in the fast lane

The Letzigrund Stadium in Zurich is used by the football clubs “FC Zürich” and “GC Zürich” as well as by the “Leichtathletik Club Zürich“ athletics club. An annual highlight is the “Weltklasse Zürich” athletics meeting, where the world’s best track and field athletes compete. With a view to hosting the Wanda Diamond League finals, the track will be upgraded to the latest technology and completely renewed in 2021. The high-tech Conipur Vmax material from the Swiss company Conica AG will be laid over a total area of 7,600 m². In 2020, Joshua Cheptegei from Uganda broke the 16-year-old world record over 5,000 metres on this material at the Stade Louis II in Monaco.

Modern athletics is enormously dynamic. It demands the utmost from athletes in terms of training programmes, nutrition and behaviour. The same applies to the materials used, be it sports equipment or the surfaces on which the sport is played. In order to meet these high demands, the decision was made to use Conica track technology at the Letzigrund Stadium in 2021, just as in 2006 and 2014 (retop).

The stadium, built in 1925, was dismantled in 2006 to make way for a new building, which was inaugurated in summer 2007. Even then, Conica had installed the athletics running tracks. Now, after 14 years, including one retop, the running surfaces are due for renewal. This is because the major event “Weltklasse Zürich” is scheduled for 9-10 September 2021, at which track and field athletes from all over the world will compete. So far, 25 world records have been set at this event. 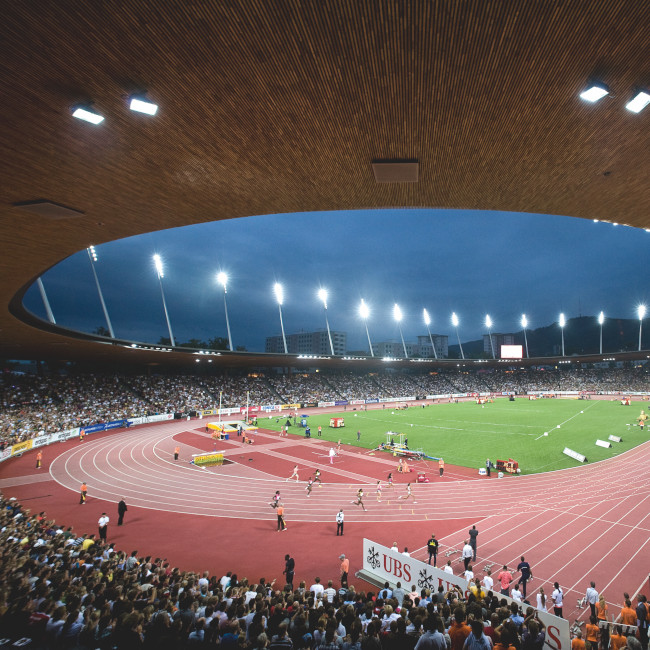 Innovation driver for over 40 years 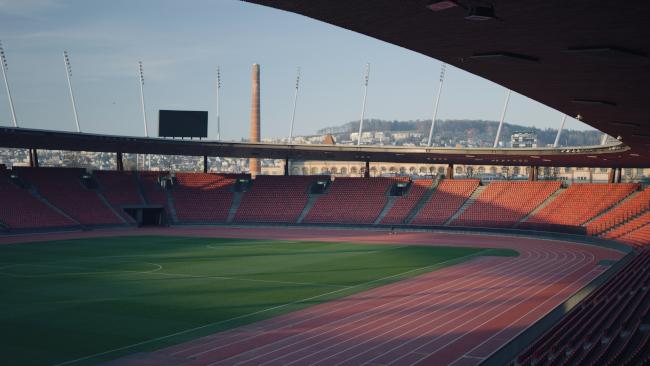 Conica has been one of the market leaders and innovation drivers in its segment for over 40 years. The company develops and produces jointless floor coverings based on polyurethane and epoxy resins for sports, games, leisure and other areas. The materials are designed for technical and sport functional performance as well as usability while guaranteeing health aspects. The athlete is at the centre of research and development and is involved in it. Every year, the company installs around 200 running tracks worldwide.

Dino Frassetto, head of department at WALO Bertschinger, the company based in Dietikon (Switzerland), which will carry out the installation: “The total area is 7,600 m2, of which 6,300 m2  are running tracks and 1,300 m2 are service areas. The competition areas will be coloured in brick red and the service areas in oxide red.” 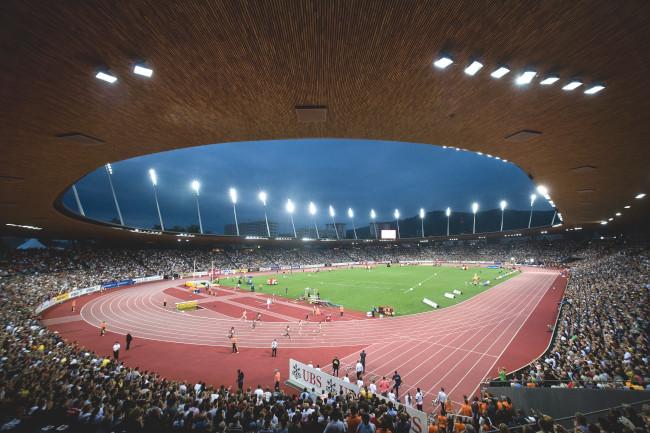 The Vmax track supports sprinters in their movement. It is important for the athlete’s running sensation and performance that the track is not too soft or too hard. Too soft would absorb too much energy; too hard, on the other hand, does not develop enough catapult effect and leads more easily to injuries. The prerequisite for optimum hardness is the two-layer construction of the track with top and base layers. These are not laid, but cast.

Claudia Rietschle from Conica, Product Manager Sports Flooring: “The top layer has a viscoplastic (stiff) surface. This ensures that the athlete’s energy is directed in the right direction. Underneath is the base layer. Its function is to have a force-stabilising effect. It hardly absorbs any energy, but returns it directly to the athlete with the help of compression. This results in a fast and defined forward movement. This leads to lower energy consumption in the start & sprint phase and enables the sprinter to achieve maximum running performance all the way to the finish.” Conica believes that thanks to Vmax, the speed of sprinters can be increased by up to ten percent. This has been shown in studies conducted in cooperation with the German Sport University Cologne.

Another advantage of the Vmax running track is its stabil­ity with low deformation. This protects the musculoskeletal system and enables the athletes to run in a stable manner - an important factor in competition in close proximity to the competitors, for example, to help avoid stumbles or falls on contact.

It should be added that Conica has chosen a differentiated system design that distinguishes between the acceleration phase at the start and the holding phase at the sprint. This probably achieves the currently fastest possible setting of a running track system on the short distance (100 m). 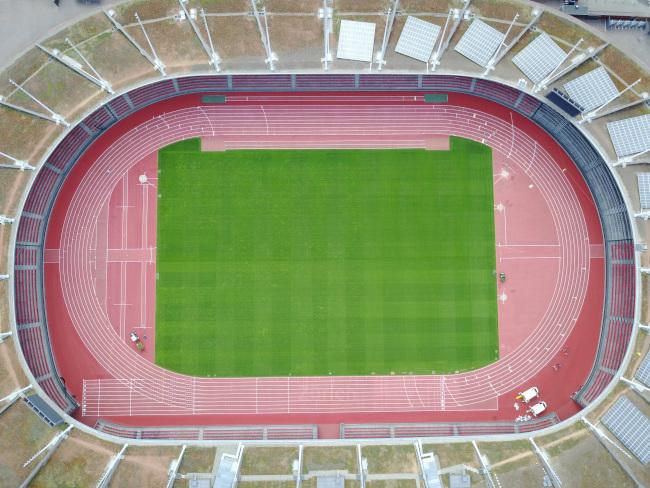 Dr Steffen Willwacher works at the Institute for Biomechanics and Orthopaedics at the German Sport University Cologne and has tested Vmax. He comes to the following conclusion: “Both from our applied material tests and from the biomechanical tests we conducted with a top athlete, we found that the Vmax running track offers a condition that makes it possible to run fast – especially in the acceleration phase. Runners can apply horizontal forces better on Vmax, thereby increasing speed faster and ultimately achieving higher speeds.”

The world record set by Joshua Cheptegei from Uganda in 2020 at the Stade Louis II in Monaco, where the Conica material Conipur Vmax is also used, showed how fast the new track is. He broke the world record over the 5,000 m distance, which had stood for 16 years, with a time of 12:35.36 minutes. Since the reopening of the track, other top performances and records have been achieved: eleven world top performances, nine national records, three regional records, two Diamond League records and three Herculis Monaco records.

Christoph Joho, Co-Meeting Director Weltklasse Zürich: “We are very much looking forward to being able to compete live again in September. The ‘Piste Magique’ at the Letzigrund Stadium is legendary. Conica ensures us more magical track and field evenings with their latest product, in line with our philosophy ‘Never stop getting better!’.”

At Troldtekt A/S, we believe that acoustic comfort and a healthy indoor climate are key elements of high-quality buildings. Since 1935, we have designed, developed and manufactured Troldtekt acoustic panels in Denmark. 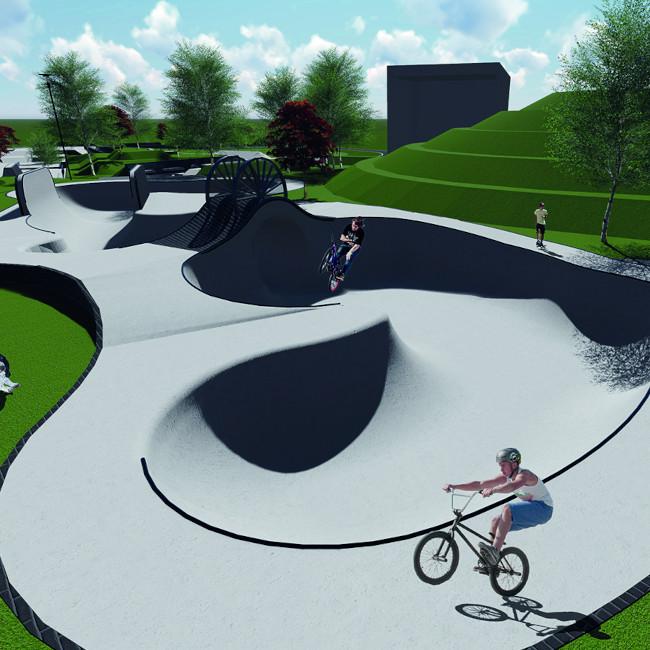 On a ground area of around 20,000 m², one of the largest multifunctional sports facilities in Europe will be completed by summer 2022. All sports areas can be used by beginners and professionals and for all disciplines without anyone being excluded.

With three ice rinks, a fencing and table tennis center and an aquatic center, the modern infrastructure is designed to allow public to play sports and to host various sports events as well as cultural shows. 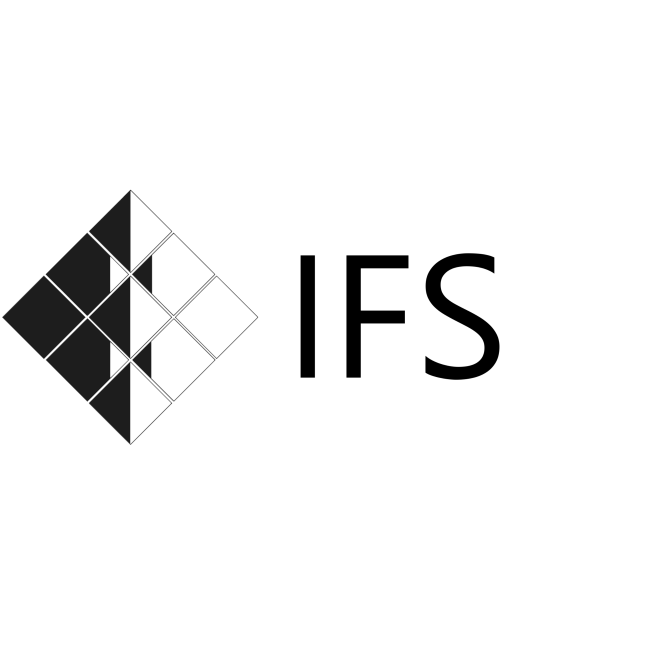 The consultant is devoted to holistic project development for and the implementation of multifunctional stadiums and arenas. Market and demand analysis, utilisation strategy and operator solutions form the basis of the design, implementation and financing of each project. 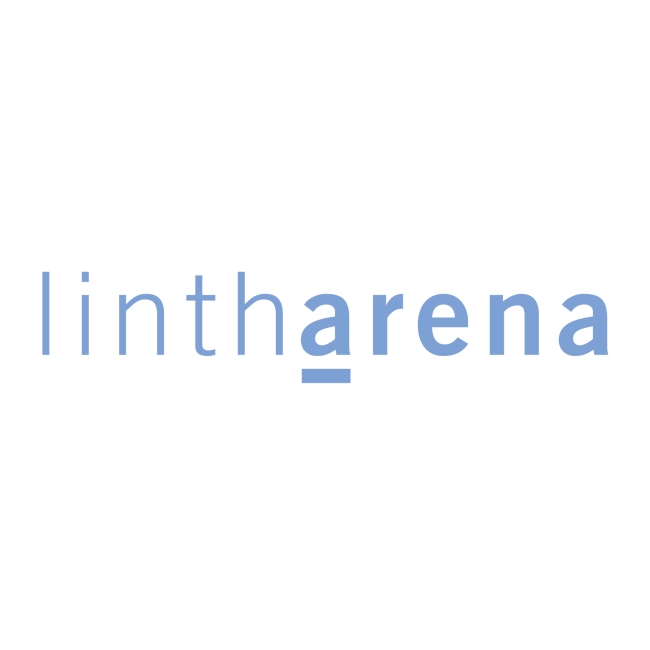 The lintharena is a sports and leisure centre comprising a hotel, seminar rooms and a restaurant. After modernisation and reopening scheduled for autumn / winter 2021, the lintharena's facilities will include a large variety of activities. 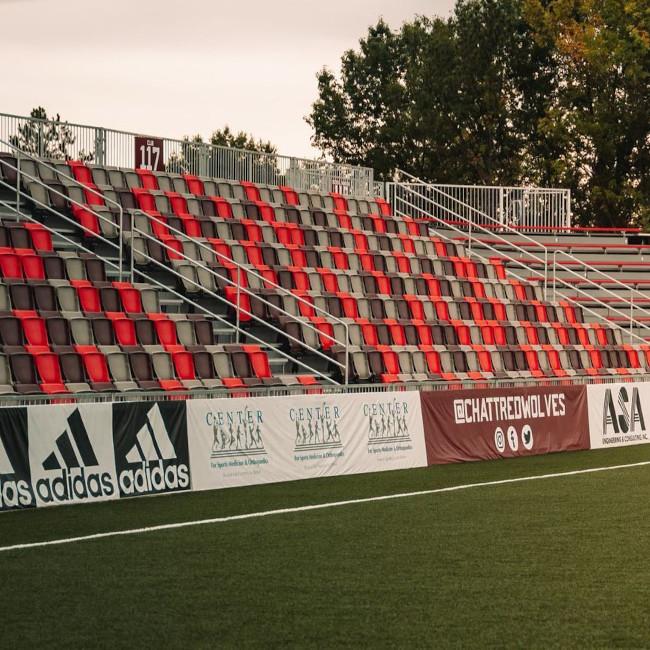 As a set of excellent seats, the “Hilo” series has more than 20 different types of products. It complies with FIFA standards and has obtained FIBA approval. In addition, the “Hilo” seating series has passed the EN12727-4 mechanical test and can be used at all indoor and outdoor venues.
All news All events