A variety of sports in a small space

The sports facility was completed in May 2017. It is divided into three main elements: the playing field with synthetic turf, the track with synthetic surfacing and the grassy embankment around it. The track is divided into another two areas: a conventional oval track around the playing field and a considerably longer “off-road” section, which follows an uneven course. Both of these consist of the PolyPlay FS synthetic surface from Polytan with a 40 mm base layer. The water-permeable soft-impact surface has a cushioning effect to guard against injury in the event of a fall. In addition, the material is weather- and rot-resistant, ensuring a long lifespan and low maintenance costs.

The synthetic turf system chosen for the 645 m² playing field is LigaGrass Pro CoolPlus from Polytan. With textured, i.e. crimped, filaments, it is very hard-wearing and yet easy to maintain, which makes it ideal for year-round use in schools. The playing field looks like real grass thanks to the bicolour finish used by Polytan, in which several shades of green are combined in a single filament. The synthetic turf was filled with sand for this application, although the usual choice is EPDM granules for a higher level of player comfort.

The sloping “residual areas” on the embankment between the two tracks were designed as “blue” and “orange” spaces for spectators, although they are both suitable for sporting activities as well. 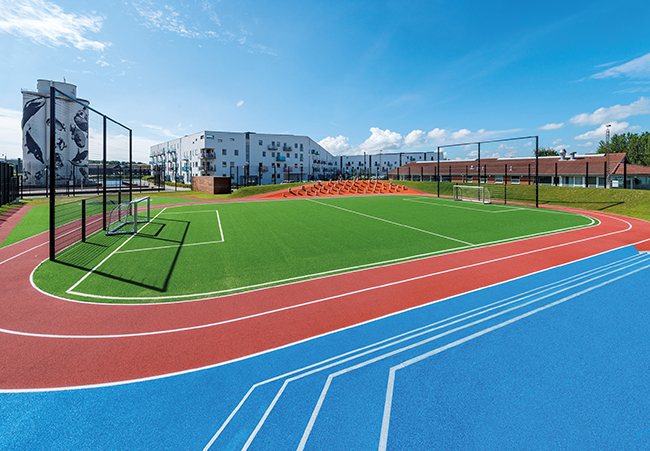 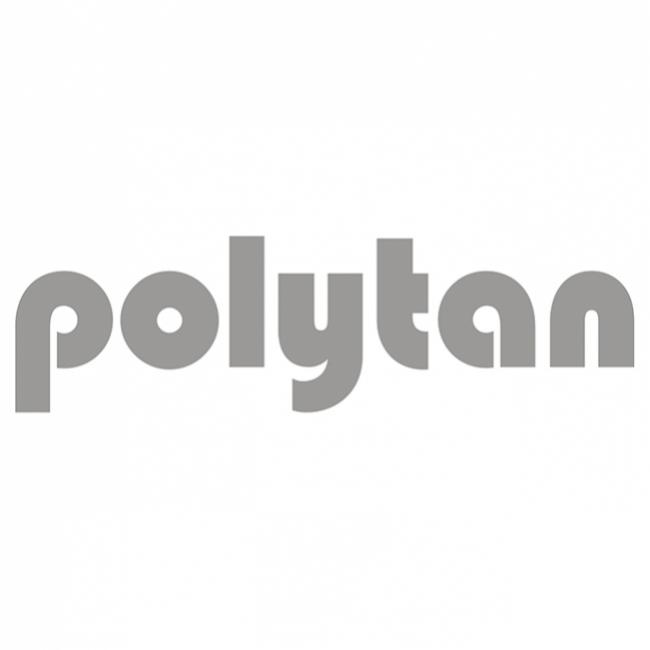 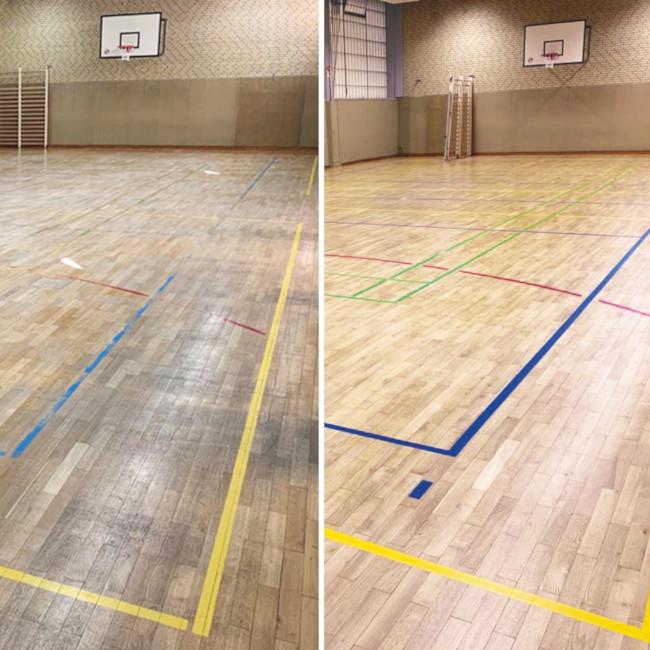 The renovation of the entire hall floor only took four days. With the specially developed Floor and Sport Liner from Dr. Schutz, the renovation team then taped all line markings on the floor in order to colour them subsequently with the 2-part PU Line Color range. 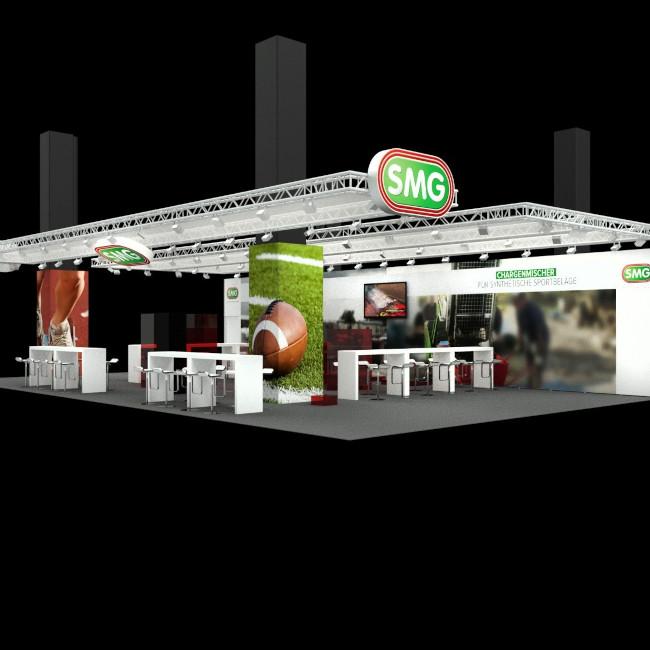 The sports ground resurfacer manufacturer once again presented some innovations that allow users in the Track & Turf areas to benefit. The ClearMatic CM1800, a mobile plant for the treatment, filtration and sludge dewatering of dirty water when cleaning synthetic sports surfaces.

Sørlandsbadet is Norway's southernmost bathing facility with an indoor and outdoor facility. The pools are operated on saltwater with natural chlorine. The multi-purpose facility puts the emphasis on creating activities, sustainability and energy management. 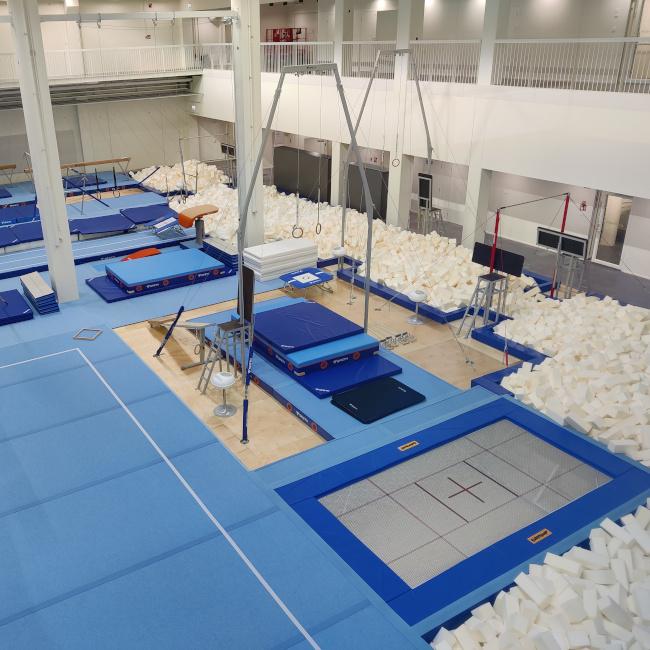 The Urhea Sports Campus was extended with an additional building in summer 2021, containing training and competition halls for several Olympic sports. The new National Training Center for Artistic Gymnastics was developed by SPIETH Gymnastics GmbH in close cooperation with the Finnish Gymnastics Federation and realized together with the local SPIETH dealer “Kerko Group Oy”. 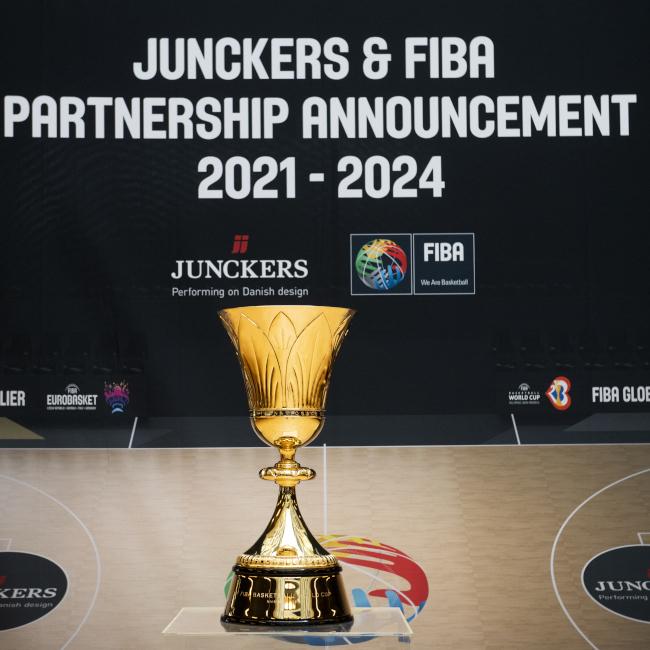 Junckers will supply its latest generation professional portable sports flooring system Pro Complete 44 for all three competitions. The basketball courts for FIBA EuroBasket 2022 and FIBA Basketball World Cup 2023 will be custom-made with the unique branding of each event. 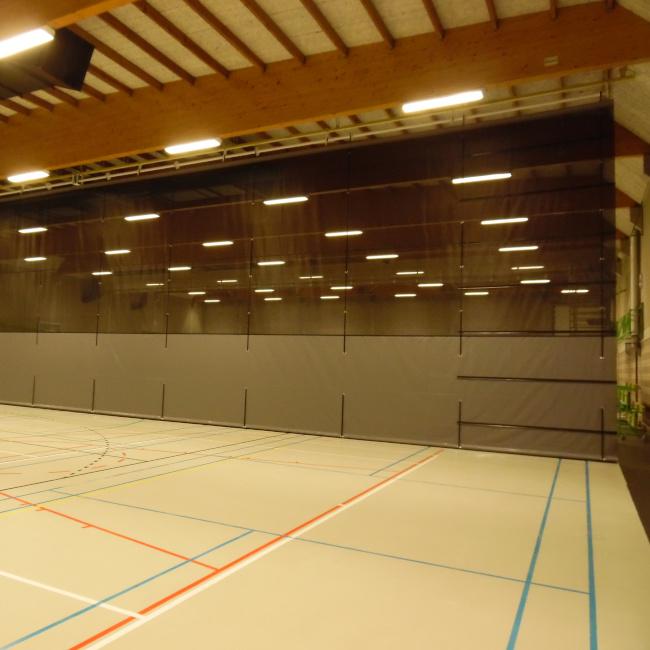 In spite of the current situation, and after undertaking a considerable effort to increase its market share, the company presented its wide range of retractable tunnels, dividing curtains for sports halls, crash mats and sports protections and signage for sport facilities at FSB, the biggest sports and leisure fair in the world.
All news All events 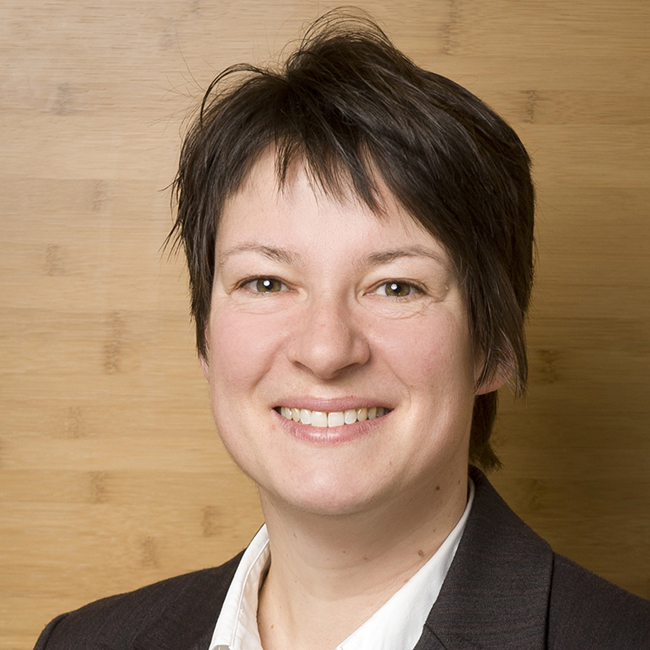