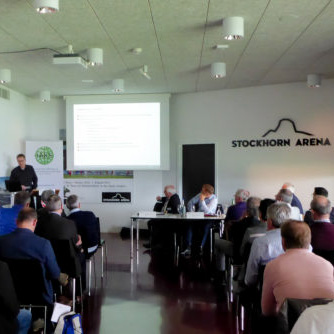 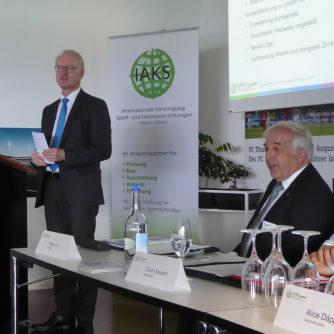 Section membership is currently 114. The annual accounts closed with a loss of CHF 7,389.30 and were unanimously approved. The 2019 budget and membership fees for 2020 were also approved.

The Executive Board stood for re-election for the next two years. One exception was Markus Buchser, who stepped down after 10 years on the board and was appointed an honorary member. Beat Wittwer from bfu was elected to the Executive Board as his successor.

In the subsequent information section, experts gave talks. The talks are available (in German) on the website at www.iaks.ch.

In an interesting talk, Keshab Zwahlen, head of the sports department of the Municipality of Thun, presented ideas for sports and exercise areas, sports infrastructure and current major projects, one of which being the modernisation of the lido.

Mathias Held, Frutiger AG Analysa, afforded insight into the state of the grass pitches of the municipality of Thun. A maintenance strategy was devised on the basis of on-site inspections (flatness, grain density, soil profiles) of the various grass pitches.

Erich Steiner, Steiner & Partner Landschaftsarchitekten spoke about how drones add an extra dimension and broaden the scope for sports turf maintenance. Drones can be used for spotting maintenance problems and documenting them at an early stage. Camera drones will be in ever growing demand in the construction industry.

After this, a snack was provided by IAKS members Frutiger AG ANALYSA and Steiner & Partner Landschaftsarchitekten. After lunch, which also offered plenty of opportunity for networking, Peter Burri and Jürg Täschler gave the participants a guided tour of the Stockhorn Arena and of the site of artificial turf pitches in the making. 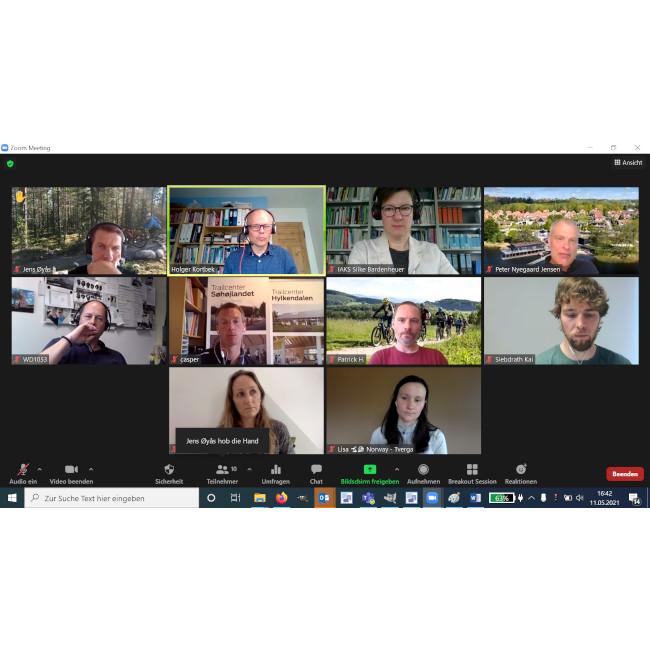 Under the guidance of Holger Kortbek, Gladsaxe Municipality (Denmark), nine experts from four countries discussed the current trends and challenges in nature activity areas. How is the situation like in Europe and what are the expectations from users and public authorities? 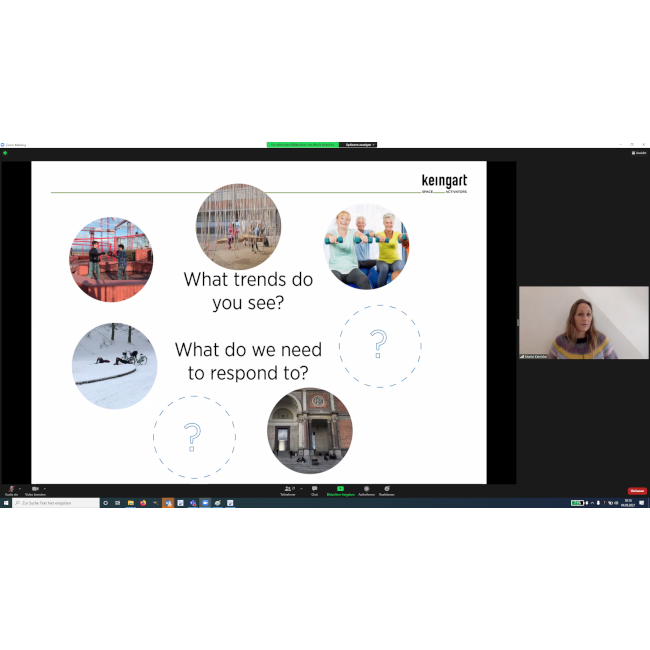 IAKS members met online for the kick-off meeting of the new „Urban Activity Areas“ Expert Circle. 18 experts from eight countries discussed the latest developments in urban physical activity, and the expectations towards urban activity areas by users and public authorities. 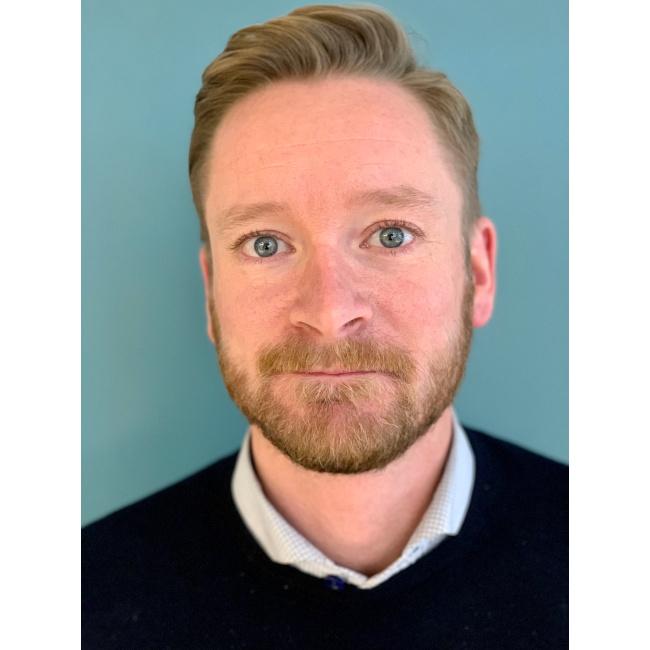 André Flatner from Norway was elected President. André is Agency Manager for Active Lives at the City of Fredrikstad. He is joined by Marina Högland from Sweden as new Vice President. Former President Esben Danielsen from Denmark continues on the board as Treasurer.

Upcoming events and the documentation of activities: all this and much more can be found at www.polska.iaks.sport – specifically tailored to Poland. You have to be quick for the current event, the "Kongres Sport Biznes Polska", taking place online 10-12 March 2021. 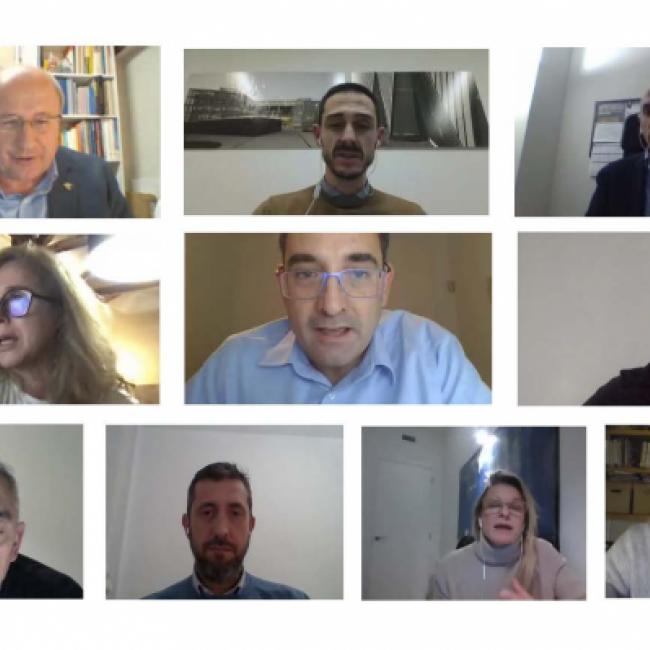 The conference on December 3, 2020 brought together experts from the sports sector, public and private operators, architects, company representatives and scientists. 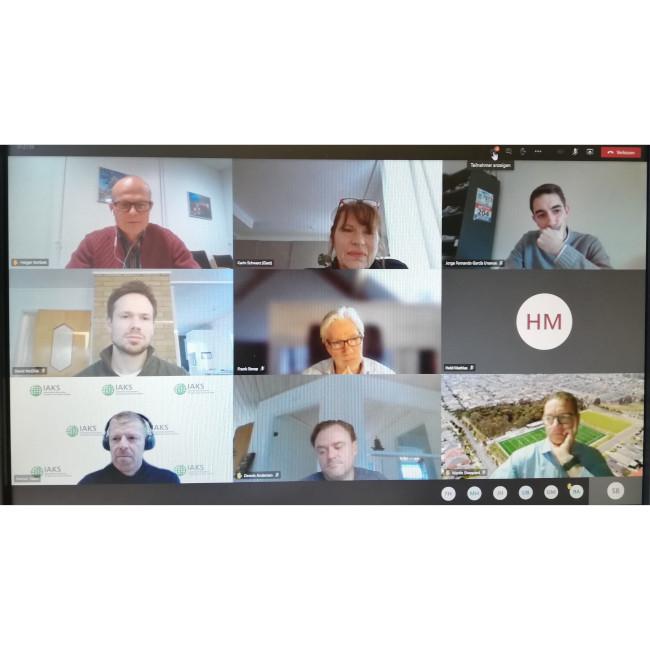 The round of participating experts had a highly knowledgeable talk about research findings, recycling methods, and interests of public stakeholders. Even if the majority of participants were from EU member countries, it became obvious that there is a wide range of perceptions for synthetic turf in different countries that leads to different priorities and preferences.
All news All events